Goals And Goals is a roleplaying game for 3 to 5 players plus a GM, based around football (soccer). The aim is not to simulate an entire match, but rather, to give a glorious highlights package, focussing on those moments that make or break a team's fortunes, both on and off the pitch. The players play as the core group of "star" players for their football club, with success both a collective and individual endeavour.

As well as facing their opponents on the field, players will have the opportunity to develop their social and personal lives together, under the ever-watchful gaze of the media – whether they want to be social campaigners, focus on romantic or party lifestyle, or maybe explore the world of business. But be careful: your social standing will rise and fall with your performance on the field, and if you don't take care of yourself during downtime, you might suffer on matchday!

The game requires several d12 and d6 dice, two d4 dice, and a selection of other dice of varying sizes. A pen or pencil and something to write on will also come in handy. A gaming table and identifiable counters are optional, but may help to visualise the players on the pitch. The most important ingredient is your imagination, and ability to throw yourself into the world.

Goals And Goals is intended to be gender inclusive, in that there is nothing in the rules that are influenced by gender. Players are encouraged to play as any gender they choose, and the competitions you choose to create for your games can allow any combination on a team if the players are happy with that. While the real world segregates by gender, there is no need to worry about that in Goals And Goals.

Since it is a fantasy, while the settings are written with the present day sport in mind, I absolutely encourage players to create fantastical or science fiction settings for their games, and create teams of Goblins facing off against Dwarves or Androids against Aliens. Play as mech pilots using their giant 'bots to play the sport, or anything else that feels like it might be a fun world to host professional (or semi-professional) sports leagues. If playing a multi-species league, try using the Difficulty system to simulate teams representing species of different sizes, or use the abilities to represent what you think your Character's species might excel or be weak at.

At the moment, the game is very much a work-in-progress, and is not playtested - that's where you come in! If you download the game and play or run it, PLEASE let me know how it goes. All feedback will go to making it better and any money will go into making the book prettier. But I wanted to get this out there, because the idea has been gestating in my head for over a year and I finally managed to write it all down.

The fans are gathering in the stands,and cheering your names - it's time to score goals!

ON a similar theme, you might also want to check out Top Of The Table Soccer by tim zee. 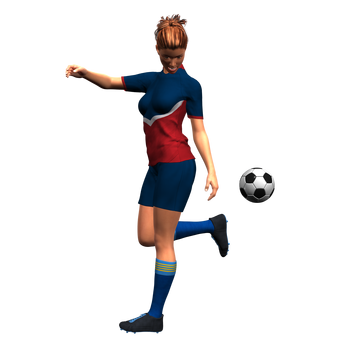 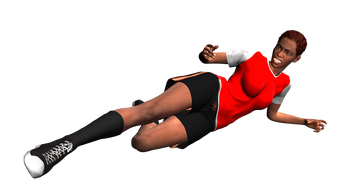 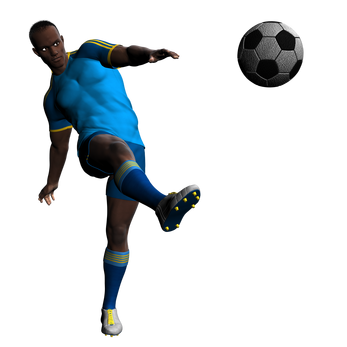